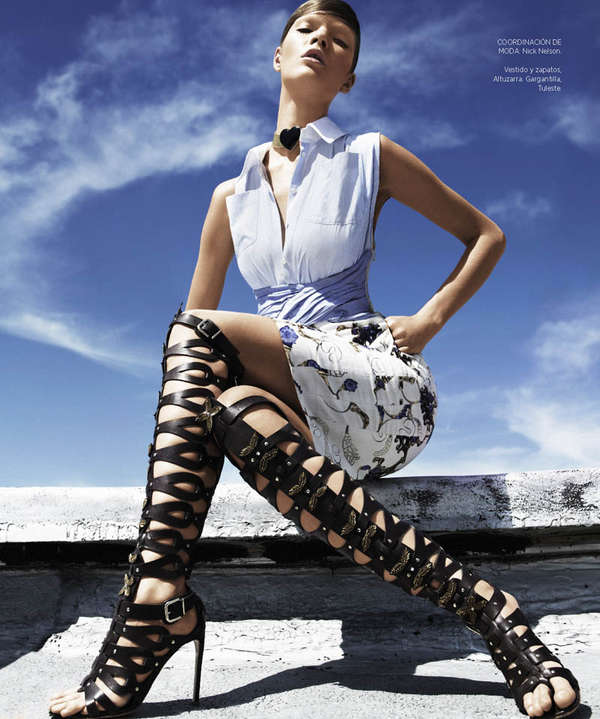 Meghan Young — May 30, 2013 — Fashion
References: harpersbazaar.mx & fashiongonerogue
Share on Facebook Share on Twitter Share on LinkedIn Share on Pinterest
The Harper’s Bazaar Latin America 'Vertigo' editorial is all blue skies, fluffy clouds and cold concrete. At least, when it comes to its dizzyingly high backdrop. The fashion itself is femininely edgy with skin-revealing touches, curve-hugging fits and overall high impact designs. When put together, the photoshoot becomes one that is hard to ignore.