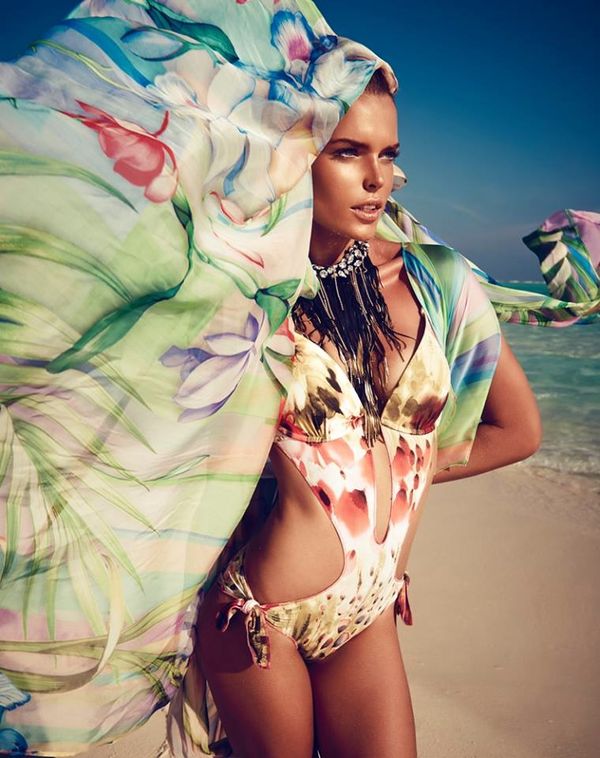 Meghan Young — May 29, 2014 — Fashion
References: facebook & fashiongonerogue
Share on Facebook Share on Twitter Share on LinkedIn Share on Pinterest
The Harper’s Bazaar Czech June 2014 cover shoot showcases a range of vibrantly patterned swimwear and beachwear that will encourage women to put away their safer options this summer season. Instead of blending into the backdrop, the photoshoot helps women tap into their confident selves to stand out against the sun, sand and surf that will have everyone's attention.