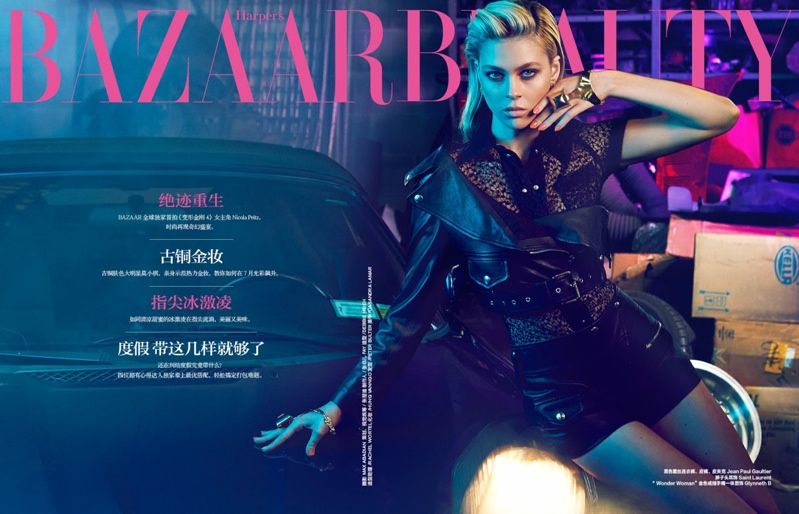 Meghan Young — July 2, 2014 — Fashion
References: bazaartrends.cn & fashiongonerogue
The Harper’s Bazaar China 'Transformers' editorial is extremely timely considering that the movie it pays tribute to, 'Transformers: Age of Extinction,' currently holds number one at the box office. Opening to a cool $300 Million worldwide, its star, Nicola Peltz, is a face that will be appearing in a lot more than this photoshoot. That is, if Megan Fox's career has anything to say about it.

Shot by photographer Max Abadian of Atelier Management, the Harper’s Bazaar China 'Transformers' editorial is captured in a car garage, which brings to mind the robotic species that propel the plot of the blockbuster movie. It was styled by Debbie Hsieh, who put together futuristic glam looks from the likes of Versace, Fendi and David Koma.
4.3
Score
Popularity
Activity
Freshness