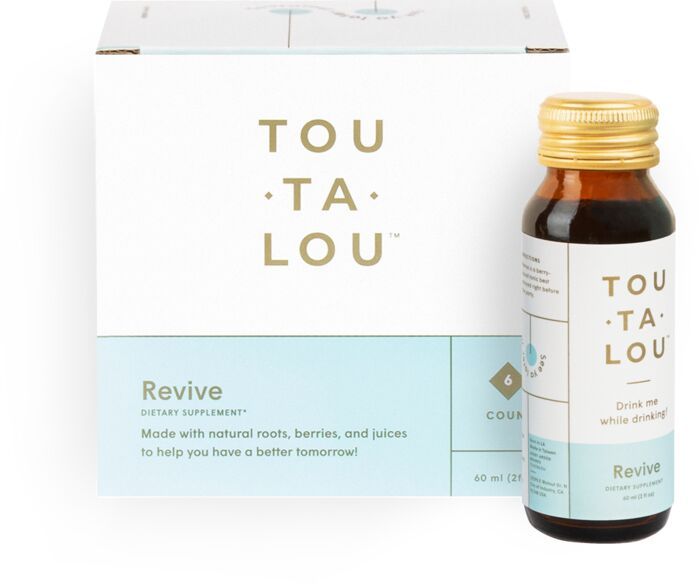 Laura McQuarrie — August 10, 2020 — Lifestyle
References: toutalou & bevnet
Share on Facebook Share on Twitter Share on LinkedIn Share on Pinterest
Toutalou is a two-ounce hangover prevention shot that's made wiith nourishing berry ingredients and boasts a formula with 320% Vitamin B6. The berry-based tonic is free from added sugar and it is said to be best enjoyed before a party so that its plant-based, gluten-free and vegan ingredients can get to work.

Some of the super ingredients in the revivng tonic are kudzu root, DHM, goji berries, red sage and Solomon's seal, which were selected as some of the world's best ingredients for combating the dreaded hangover. As the brand describes, "The party will remain the same, but the hangover is now optional."

For those who love feeling clear and energized as much as they love to party, Toutalou offers its products in single and multi-packs, as well as ongoing subscriptions.