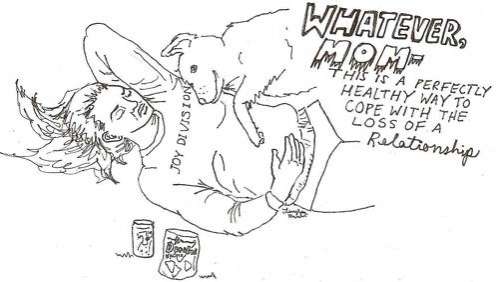 Created in July 2011, the Tumblr blog showcases the often hilarious and highly relatable drawings of the Indiana-based high school student, ranging from witty anecdotes to self-deprecating post-breakup thoughts. While the humor is usually quite dark, there's a strong sense of support and underlying hope in each one, often offered through the hilarious quips and comments. Taylor-Ruth explains on the Hanging Rock Comics Facebook page that the site's mission is, "To remind you that you aren't the only one that feels this way."

With a cult following of readers young and old, and an interview set to be published in Wired!'s January issue, Hanging Rock Comics is definitely headed for big things in the near future!
6.8
Score
Popularity
Activity
Freshness
Access Advisory Services

Digital Dependence Comics
The 'Always Connected' Infographic is Plugged In