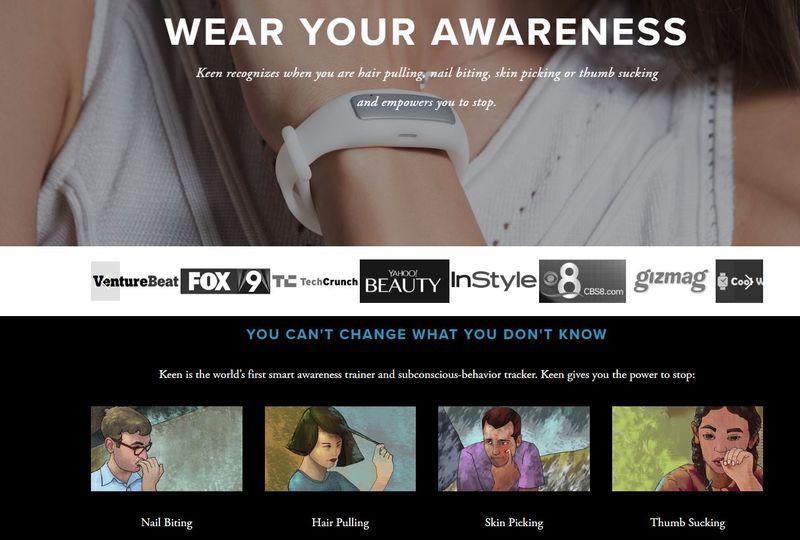 Joey Haar — February 7, 2017 — Tech
References: habitaware & venturebeat
Share on Facebook Share on Twitter Share on LinkedIn Share on Pinterest
Virtually everyone has some bad habit or compulsion that they wish they could kick, and the HabitAware Keen is a smart bracelet that helps people do just that. Whether it's biting one's nails, playing with one's hair, sucking one's thumb, or anything else, the smart wearable device is capable of analyzing the behavior and providing a system to help them stop it.

The problem with quitting a compulsive habit isn't that it's impossible for people to stop it in the moment — few would be have any problem refraining from biting their nails if someone noticed them doing it. Rather, the issue is that these compulsive habits become reflexive, so people don't even realize they're doing them. The HabitAware Keen uses built-in motion sensors to recognize compulsive movements; if the wearer is undergoing their negative action, the device will buzz, giving them an alert and reminding them to stop.
3.3
Score
Popularity
Activity
Freshness
Attend Future Festival