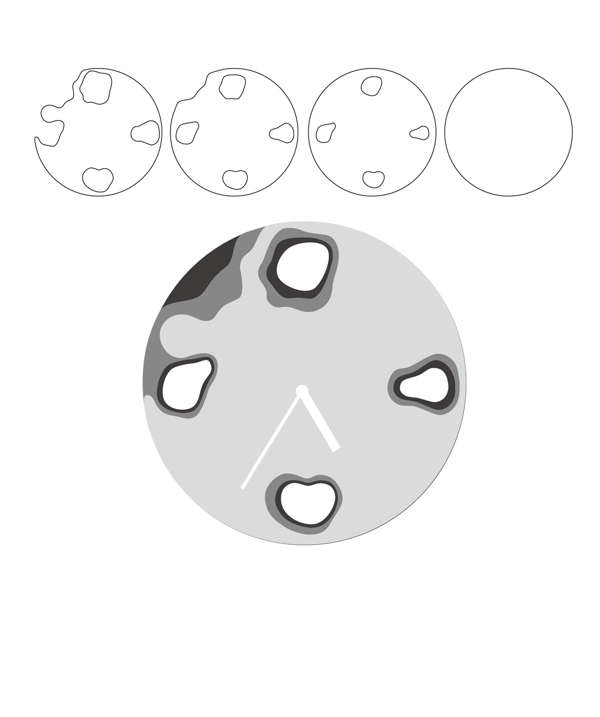 Meghan Young — March 5, 2013 — Art & Design
References: behance.net
As much as the Gui Clock looks to be inspired by the moon, it was influenced by the idea, nay the mind-frame, of peace. Chinese designer Hannstar Chan recalls cobblestone beaches, calming waves and ringed wood as his sanctuary. It is this memory that informs the surface of the Gui Clock, which in a way is made up of all of these elements.

The crater-like holes puncturing the surface of the Gui Clock are the only representation of time. No other markings, including traditional numbers, can be found etched into the wooden surface. Nevertheless, it is still easy to read the Gui Clock.

An environmentally friendly design, the Gui Clock was named after the word that "originally referred to the admittance rites of Buddhism, also a conclusion of inner Peace," according to Chan.
2.6
Score
Popularity
Activity
Freshness