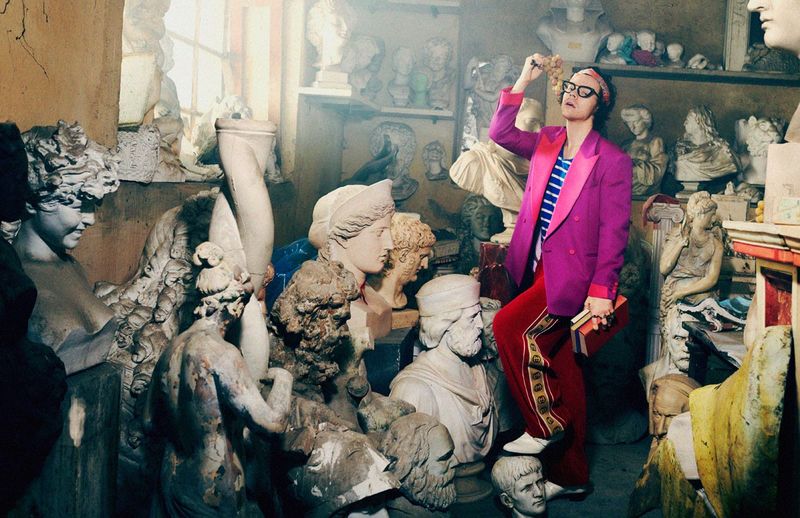 Amy Duong — May 28, 2019 — Luxury
References: gq-magazine & highsnobiety
Share on Facebook Share on Twitter Share on LinkedIn Share on Pinterest
Harmony Korine is a talented cult filmmaker and is also behind the camera of the Gucci Pre-Fall 2019 campaign starring singer-songwriter Harry Styles. The fashion editorial highlights Styles alongside Roman busts, a piglet, and a swan. The overall aesthetics of the shoot is dreamy and romantic, taken from an angle that shines a spotlight on the luxurious men's tailoring.

Some of the styles include the bandana surrounding Styles' glasses and head, and new cut structures along with long lapels across the double breast blazers. There are also large pant silhouettes accented with a monogram stripe on the side, and a selection of pool slides and leather boots in white as the footwear. The color palette prepares for the rising temperatures as well, with bold hues of red, yellow, blue, white, and fuschia.