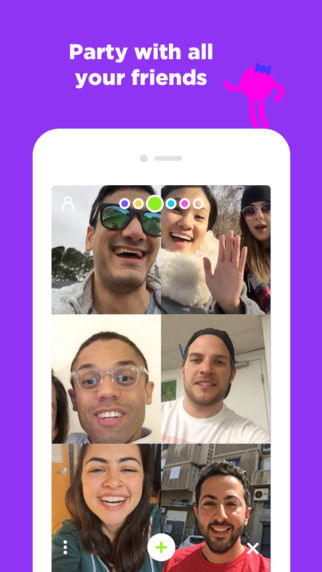 There are plenty of video-calling apps of this kind out there, but Houseparty is a clean, simple and user-friendly design. In order to begin a "party," it's as simple as beginning a group chat and sending out invitations to friends via a variety of sources, such as a text message, WhatsApp or a social media channel, which will say "Let's talk here," followed by a link to the group chat plus a few fun emojis.

While Meerkat was one of the frontrunners when it came to livestreaming apps, it struggled to compete with Periscope, especially as it was acquired by Twitter. Since, Meerkat has focused its efforts away from livestreaming.