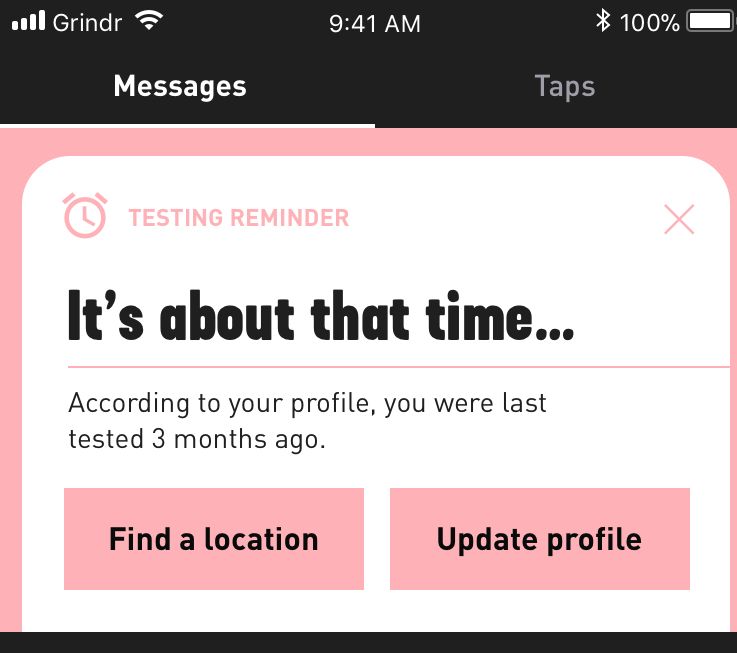 Justin Lam — April 2, 2018 — Tech
References: mashable & fastcompany
Share on Facebook Share on Twitter Share on LinkedIn Share on Pinterest
The Grindr HIV feature is a new update that seeks to increase the number of Millenials who are regularly tested for HIV. Grindr is currently the most popular dating app for gay, bisexual, transgender and queer people, at 3.6 million users daily, and this simple new feature will hopefully save the lives of many. The Grindr HIV feature is aimed at addressing a public health concern, which found that an estimated 107,000 bisexual and gay men in the U.S. are not aware they are HIV-positive.

The new feature uses a notification system to alert users to get tested every three or six months but also helps users find locations to get testing done. The app utilizes its existing geolocation technology to help users find clinics nearby and will also be providing free advertising to HIV testing sites. The advertising in the feature is facilitated in partnership with the organization CenterLink, which is a community of around 200 LGBTQ community centers.