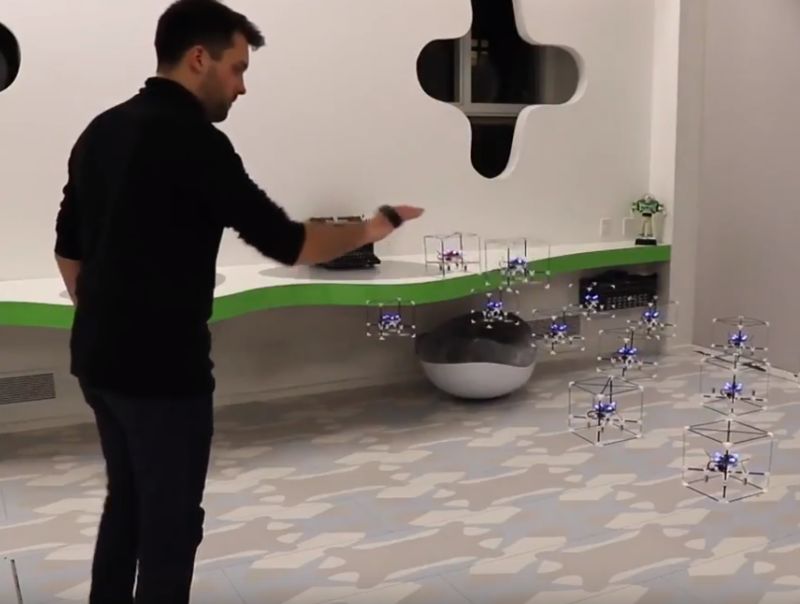 Justin Lam — October 12, 2018 — Tech
References: designboom & fastcompany
Share on Facebook Share on Twitter Share on LinkedIn Share on Pinterest
Showcased at the ACM User Interface Software and Technology Symposium in Berlin, GridDrone is a matrix of tiny helicopters meant to serve as pixels in midair. Essentially, these drones help turn thin air into a screen and allow users to actively manipulate the drones to create different patterns and specific animations. The system is already being described as "a self-levitating programmable matter platform," and is capable of rendering unsupported structures and 3D transformations.

In its current state, the GridDrone technology isn't available to the consumer electronics market nor is it planned to be any time soon. Ultimately, the technology aims to make an impact on the media and information industry as a screen, display, animation, or graphic can easily be manipulated with increased accuracy and realistic commands.