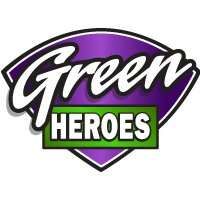 Tiana Reid — July 12, 2013 — Social Good
References: greenheroes & facebook
Share on Facebook Share on Twitter Share on LinkedIn Share on Pinterest
Green Heroes is a television series on TVO that showcases individuals who have contributed in some way, shape or form to an environmental cause broadly speaking. "Through their stories, our goal is to inspire people, like you, to become Green Heroes too," the team writes on their website. "On the web and on our TV show, Green Heroes™ tells the story of change – of how people improved their lives, what their tipping point moments were and how they overcome obstacles to become a Green Hero." Some of the past people featured on the show have included Daniel Lanois, a musician, and Kelly Drennan, the founder of Fashion Takes Action, a non-profit and advocacy organization that has been previously featured on SocialBusiness.org.

They also have what they call a "Green Heroes Academy" in which they offer training, mentorship and challenges.