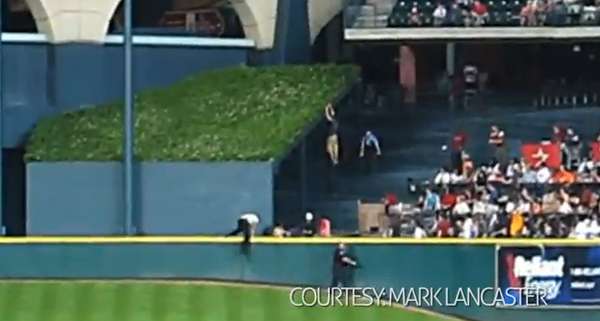 Olivia Gissing — May 21, 2011 — Pop Culture
References: likecool
This moment is a home run in terms of viral video potential. The Great Fan Escape video is "base-ically" hilarious. The video opens with an average big-league baseball game in which everything appears to be going normally. All of a sudden, a feisty fan hops the barrier and starts sprinting across the field.

I've definitely seen this happen many times at sporting events -- this occurrence is not out of the ordinary. However, this fan's fleeing method is top notch. When he realizes he is being chased by officials, he cleverly defeats them, narrowly escaping the field. He then avoids yet another official by hopping a roof with Spiderman-esque skills. I don't want to give away too many details; suffice it to say that this Great Fan Escape video is a must-see.
1.4
Score
Popularity
Activity
Freshness