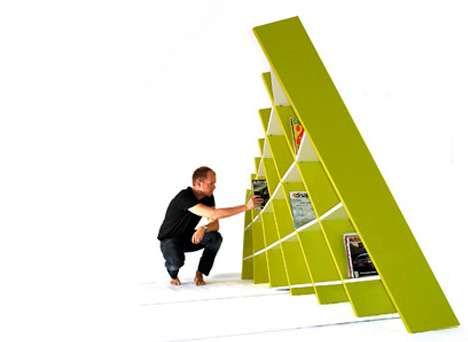 Tinkalicious — January 16, 2009 — Art & Design
References: addi.se & yankodesign
Share on Facebook Share on Twitter Share on LinkedIn Share on Pinterest
This ingenious bookcase appears to defy gravity in its leaning stance, but the work of ADDI, a Swedish design group, proves that things are never quite what they seem, and that designers continually seek to push the envelope. The award-winning design, which they call Billy’s Brother, for some unexplained reason, is a fascinating optical creation. The unit actually serves to hold the books or magazines, more securely than a standard formed unit would. The displaced shelves create a wave motion, which in turn creates a “playful meeting” between the wall and the floor.
3.4
Score
Popularity
Activity
Freshness
Jeremy Gutsche Keynote Speaker