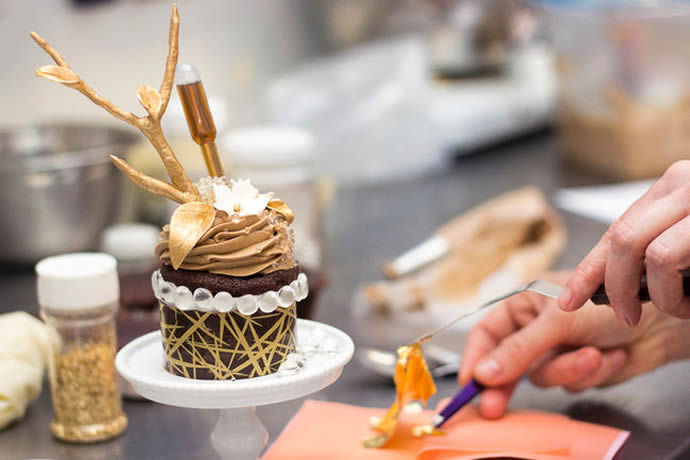 This $900 Gourmet Cupcake Was Made as a Special Birthday Surprise

Laura McQuarrie — August 11, 2014 — Lifestyle
References: torontosun & luxurylaunches
Share on Facebook Share on Twitter Share on LinkedIn Share on Pinterest
Forget about jewelry or flowers—sometimes all a girl needs on her birthday is a gourmet cupcake. However, one man decided to go way above and beyond for his wife's birthday. The man consulted Lisa Sanguedolce of Le Dolci Cupcakes in Toronto to make an ultra decadent cupcake for his wife, using all of her favorite things.

The extravagant cupcake was made with a rare butter from France, Kona Blue Mountain coffee from Hawaii, Tahitian vanilla beans, limited edition Courvoisier cognac and sea salt, topped with 24-karat gold flakes. With its ingredients sourced from all over the world, the rest of the process involved actually putting the cupcake together, which took days. In total, the cupcake is a one of a kind that would cost about $900.
6.1
Score
Popularity
Activity
Freshness
Access Advisory Services

Minuscule Cupcake Morsels
Baked by Melissa Are a Miniature Indulgence