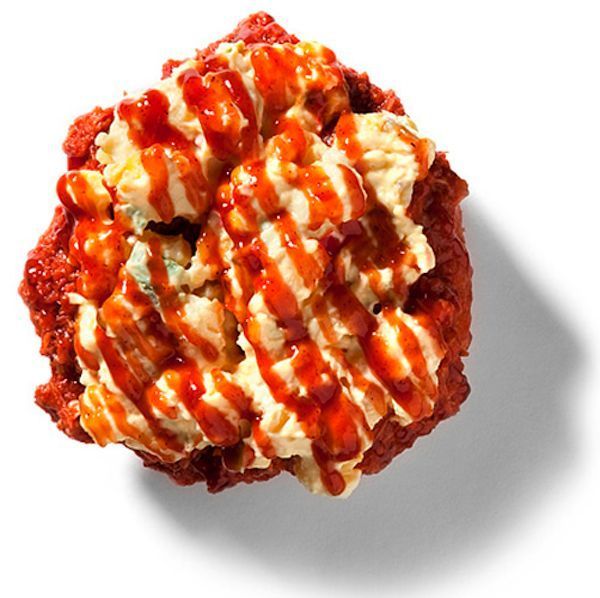 Meghan Young — November 20, 2013 — Lifestyle
References: gourdoughs & neatorama
Share on Facebook Share on Twitter Share on LinkedIn Share on Pinterest
Gourdough's Donuts is a shop that caters to those who love their chicken and waffles. But instead of focusing on the breakfast staple, it turns its eye on a classic dessert: the donut. And instead of just fried chicken, it uses a variety of savory dishes including, but not limited to, potato salad, pulled pork, Canadian bacon, cream cheese and more.

If that's not enough, especially for those who do have a sweet tooth, Gourdough's Donuts has concocted more traditional versions that are still far from traditional such as grilled bananas with cream cheese icing and gummy worms with fudge Oreos. Overall, Gourdough's Donuts is a gourmet donut stop that will have people's mouths salivating just at the thought of them. It is based in Austin, Texas.
1.7
Score
Popularity
Activity
Freshness
Jeremy Gutsche Keynote Speaker