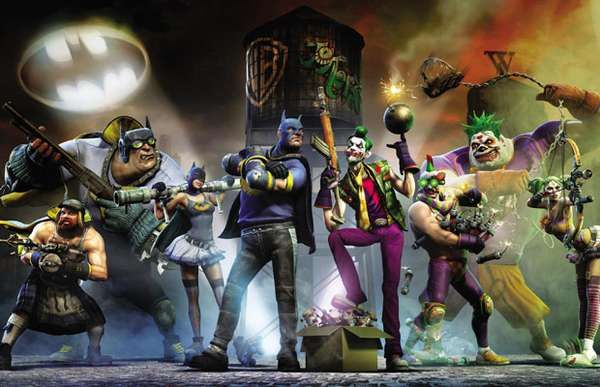 Gotham City Impostors Takes the Grittiness Out of Batman Franchise

Jason Soy — May 18, 2011 — Tech
References: gothamcityimpostors & complex
Share on Facebook Share on Twitter Share on LinkedIn Share on Pinterest
For decades, businesses have worked to promote Batman to a more adult audience. Now, however, the Gotham City Impostors video game is injecting a sense of humor long gone from a franchise now dominated by gritty and realistic interpretations. Who knew that returning to the corniness of the 60s Batman TV series was going to shape the caped crusader's 21st century identity?

Details about this new first person shooter game are scarce, but from images and information that have already surfaced, Gotham City Impostors is going to pit Batman and a team of his loyalest companions against Joker's gallery of thugs. In case you missed it the first time, this is going to be a shooting game, which means we're potentially seeing Batman use a firearm. Will this be too much of a departure from the hero we've all come to love because of his unwillingness to take a human life? Only time will tell.