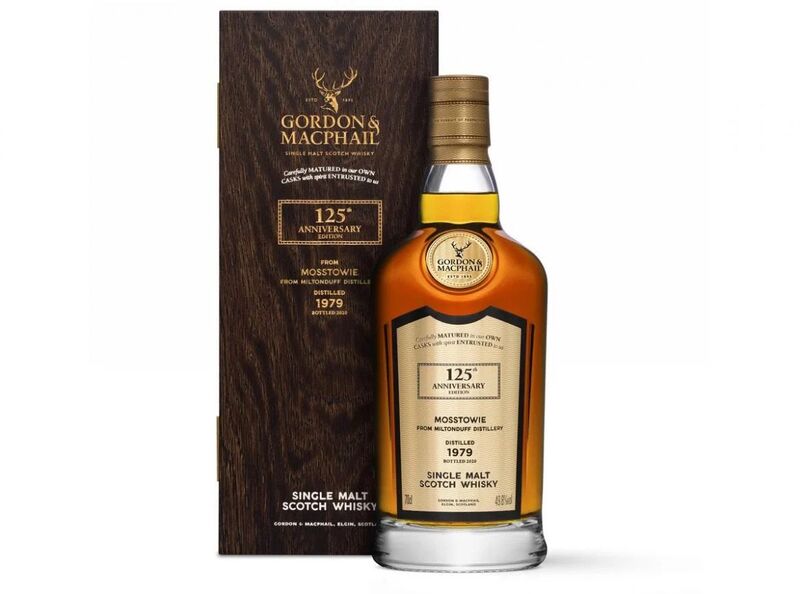 Grace Mahas — November 4, 2020 — Lifestyle
References: luxurylaunches
Share on Facebook Share on Twitter Share on LinkedIn Share on Pinterest
In order to celebrate its 125th anniversary, Gordon & MacPhail launched a commemorative $2,000 whiskey that will appeal to whiskey-enthusiasts with refined tastes. The new sports is the 1979 Mosstowie from Miltonduff Distillery and the prestigious, 40-year-old whiskey boast notes of sherry and dark chocolate.

Stephen Rankin, Gordon & MacPhail’s Director of Prestige, commented on the new release, stating: “Each of the extremely rare whiskies released to commemorate our 125th anniversary is truly unique as they are the last cask of that particular make we have to mature in our warehouse. With no official bottling ever available of the elusive Mosstowie malt, we are particularly excited to bring this special whisky to the market.”