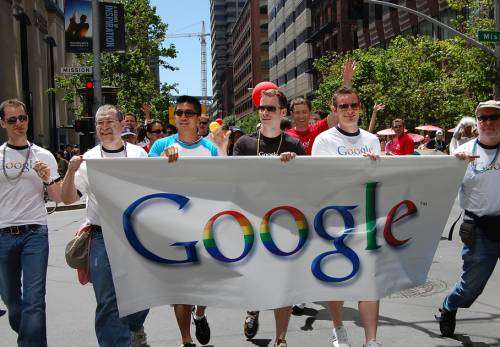 mediterranean — September 28, 2008 — Social Good
References: sos.gov & googleblog.blogspot
After seeing Hollywood stars like Brad Pitt, Ellen DeGeneres and Steven Spielberg strongly support the fight against California's Proposition 8, Google, one of the biggest players on the Internet, has come forward to similarly voice their opposition to Proposition 8 in public.

Proposition 8, which is titled “Eliminates Right of Same-Sex Couples to Marry Act”, seeks a ban on gay marriage in California, which was legalized just a few months ago. It is up for voting on the 2008 California General Election ballot during the November 4 election.