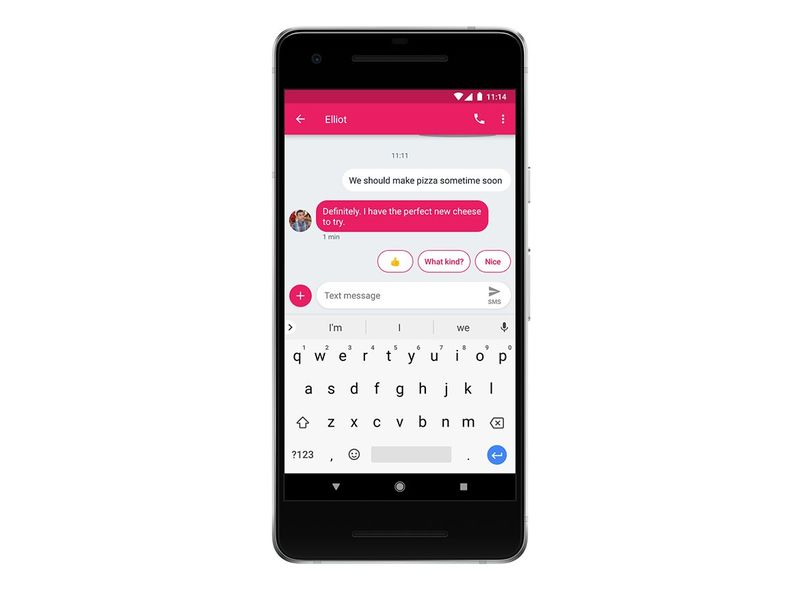 Laura McQuarrie — January 27, 2018 — Tech
References: twitter & digitaltrends
The Google Allo Smart Reply feature is a new option for sending texts via Android Messages on smartphones using the Project Fi network—such as select Nexus phones, the Moto X4 or Google's own Pixel smartphones. With Smart Reply, users will be able to quickly select from a series of suggested responses, which is ideal for chatting while on the go.

While there are similar predictive technologies for messenger apps currently available, this one leverages machine learning from Google. Smart Reply analyzes a conversation and boasts the ability to pick up on the tone and content. The smart technology even has the ability to offer smart message responses to photos.