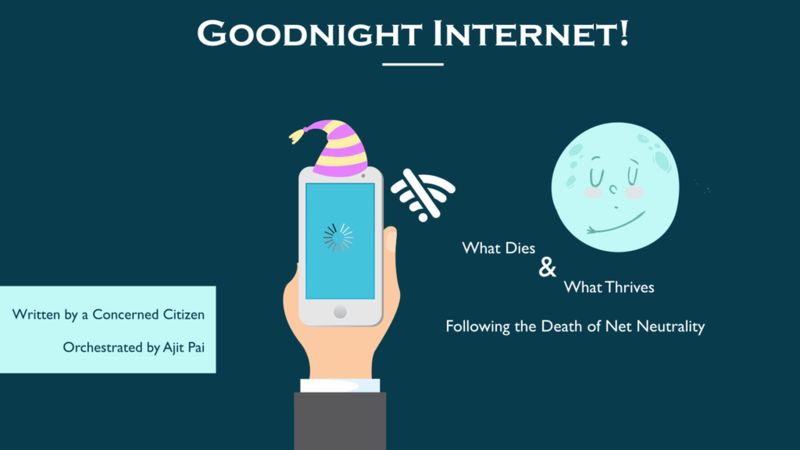 The book parodies the children's bedtime story, Goodnight Moon, and is described as a way to "Explain to your kids how moneyed interests, gov't trolls, and throttle-philiacs ruined the net for the 80% who believe in neutrality." If funded, this mock campaign would translate the "internet jargon into a digestible 1-2 sentence per page format."

Although the campaign takes a more humorous approach, the overall theme still conveys a sense of urgency and disappointment, in a manner that's accessible for all ages.
1.5
Score
Popularity
Activity
Freshness
Jeremy Gutsche Keynote Speaker