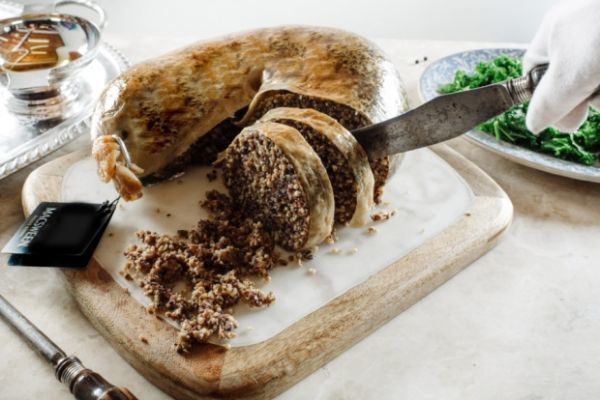 Meghan Young — January 25, 2016 — Lifestyle
References: atlasobscura & neatorama
Share on Facebook Share on Twitter Share on LinkedIn Share on Pinterest
Those who aren't familiar with the work of Scottish poet Robert Burns may not know that January 25 marks Burn Night in which fans celebrate his life and poetry. And what better way to do that than with a gold-coated haggis? A traditional Scottish dish, paired with quality scotch and bagpipe music and the party is all but a success.

Granted, a gold-coated haggis will run people a pretty penny. Ringing in at about $5700 each, it was created by the Macsween family. They share that it's made using "Highland Wagyu beef, raised on a Perthshire farm where all cattle has its own name; white summer truffle from France, considered ‘diamonds of the kitchen’ by chefs the world over; and black pepper (tellicherry) from India, which can only be grown at a latitude of 2,000-3,000 feet above sea level."
1.5
Score
Popularity
Activity
Freshness
Attend Future Festival