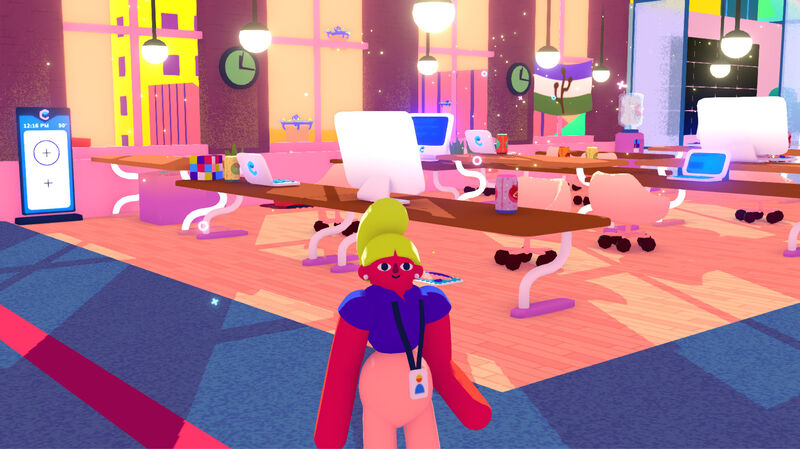 Riley von Niessen — September 28, 2020 — Tech
References: nintendo & store.steampowered
Share on Facebook Share on Twitter Share on LinkedIn Share on Pinterest
'Going Under' is described as a "satirical dungeon crawler" that transports players to the not so far off world of Neo-Cascadia, a dystopian city where players must navigate their way through the ruins of failed tech start-ups that instead of disappearing, sink beneath the surface of the world to exist indefinitely.

Acting as a unpaid intern who joined a start-up before it collapsed only to be stuck within its confines, players use whatever office supplies they can get their hands on to battle office monsters and collect their assets. Throughout the game, they'll have to fight their way through a number of different businesses that take inspiration from gig workers, dating sites, and cryptocurrency. The goal of the game is to uncover the real motives of employers, however players will also have plenty of opportunity to make a few office friends, "hire a freelance goblin," and interact with the world around them.

Going Under is available on Nintendo Switch, PlayStation 4, Xbox One, and Microsoft Windows.