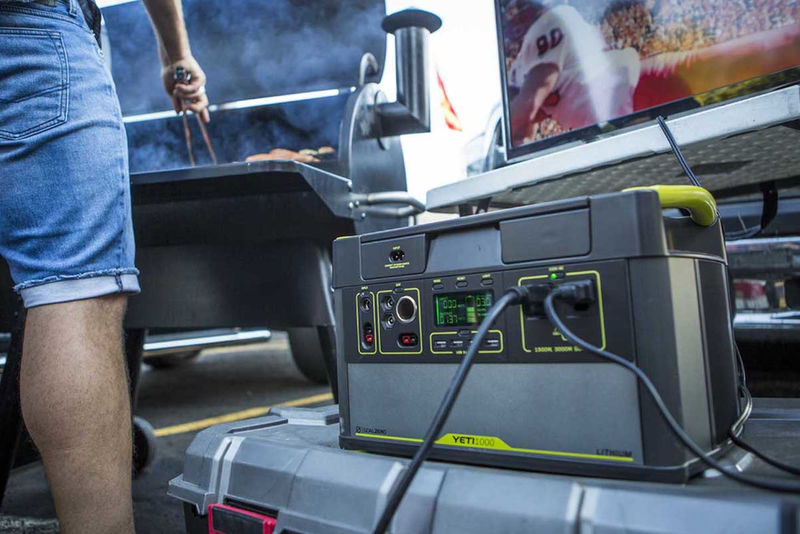 The Goal Zero Yeti Lithium is Lightweight and Full of Energy

Joey Haar — March 24, 2017 — Tech
References: goalzero & digitaltrends
Share on Facebook Share on Twitter Share on LinkedIn Share on Pinterest
When working on projects outdoors, the Goal Zero Yeti Lithium battery is an efficient way to give oneself access to power tools, even if there isn't an outlet in sight. The generator contains a powerful AC inverter as well as several other features to make it as convenient as possible for those using it.

The Goal Zero Yeti Lithium 1000, the newest of the Yeti Lithium models, weighs 42 pounds. That might sound heavy, but it's still 61 pounds lighter than the previous model, and considering the amount of power inside, that's an impressive feat. The new AC inverter in the generator creates 1,500 watts of pure sine wave power, giving it more than enough energy to run power tools and small appliances.
5.5
Score
Popularity
Activity
Freshness
View Innovation Webinars