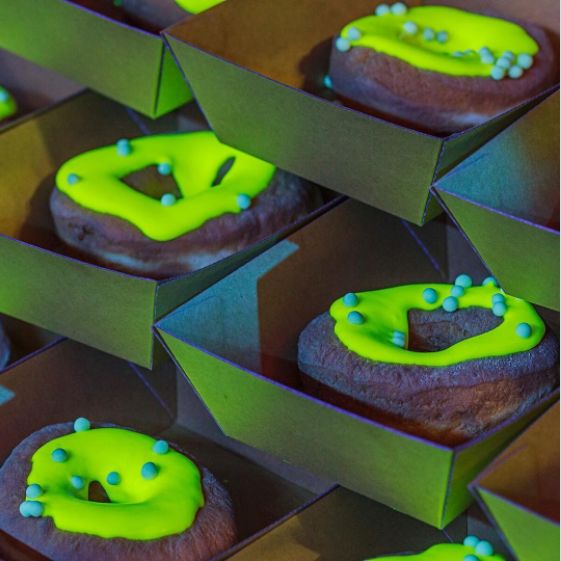 Found in Black Star Pastry, a dessert-based shop in Australia, these green glowing treats can light up your dining experience. The donuts icing is a Yuzu glaze, coming from a Japanese citrus fruit that's a cross between a lemon and an orange, making for a taste that's quite tart. The donut gets its glow from the infusion of vitamin B, which is often used to create glow-in-the-dark food.

Black Star pastry is no stranger to experimental dining experiences, and sought to incorporate light effects into its food after attending Sydney's annual Vivid Light Show. This novelty treat is sure to elevate dining experiences through its uniquely innovative recipes that use food to capture people's imaginations.
3.6
Score
Popularity
Activity
Freshness
Attend Future Festival