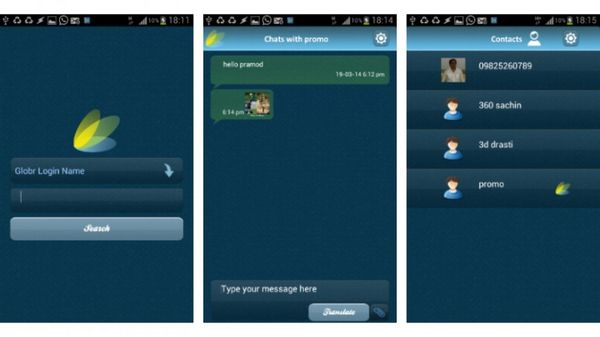 Inventor Jimi Ayoku came up the idea while dating a young Russian woman during university, and being frustrated by the language barrier that existed between them. This prompted him to work on a concept for a translating instant messaging platform. After 18 months of development, Globr is ready to be launched -- although it's currently in a private beta stage.

Globr will launch with support for seven languages: English, French, Spanish, German, Dutch, Russian and Polish. It will be available on Android and iOS in May. Plans for a desktop business version are also under consideration, with an aim to connect employees spread across the globe and who speak different languages.
0.6
Score
Popularity
Activity
Freshness
Jeremy Gutsche Keynote Speaker