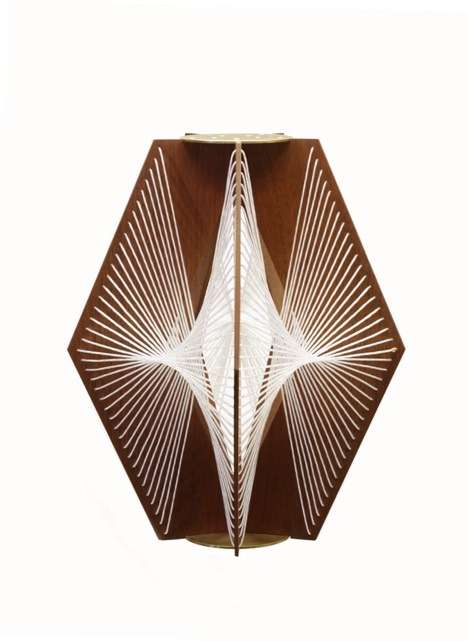 The Afterall Glo Lamp is Made Using Electroluminescent Wire

Meghan Young — August 20, 2011 — Art & Design
References: weareafterall & core77
Share on Facebook Share on Twitter Share on LinkedIn Share on Pinterest
The Glo Lamp seems reminiscent of abstract, geometric line art that was often created in elementary school. Although this light fixture will be a nostalgic design for some because of this similarity, for others it will be quite futuristic. Considering that it is made using electroluminescent wire, the latter would quite expected.

Created by Portland-based design studio Afterall, which was founded by Joanna Bean Martin and Ike Martin, the Glo Lamp also features brass and mahogany materials. These additional materials give the Glo Lamp a contemporary vibe that is neither influenced by the past nor the future.

Providing an ambient light source more than anything else, the Glo Lamp almost looks like enlarged light bulb filaments. According to the designers, it took four hours to string the 260 feet of wire onto its wooden base.
2.2
Score
Popularity
Activity
Freshness
Get the 2021 Trend Report FREE