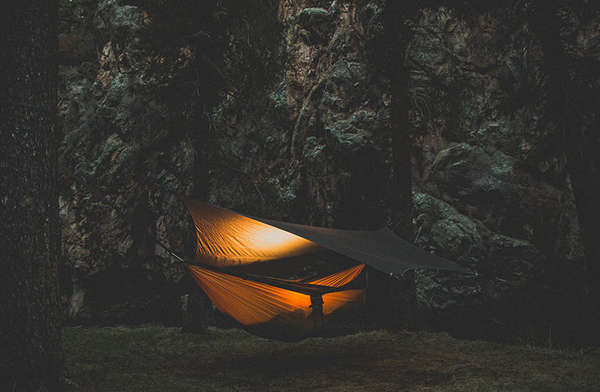 The 'Glider' Tarp Keeps You Dry While Collecting Rainwater

Alexander Lam — July 4, 2013 — Art & Design
References: kammok & fastcodesign
The 'Glider' tarp helps you stay dry while collecting rain water. Inspired by the unique form of a possum called the sugar glider, the tarp efficiently catches rainwater and stores it in bottles. In addition, Glider is made of ripstop nylon, which means it keeps you dry if its raining, and cool if you're hiding from the sun.

Entrepreneur Greg McEvilly created the tarp after seeing the difficult time that refugees of the Haitian earthquake were facing. By effectively shielding people from water while storing it, the tarp can be used to keep you alive in both emergency and survival situations.

The tarp was modeled after the sugar glider because of its uniquely functional form. When the possum is in flight, its wings work as effective gutters.
2
Score
Popularity
Activity
Freshness