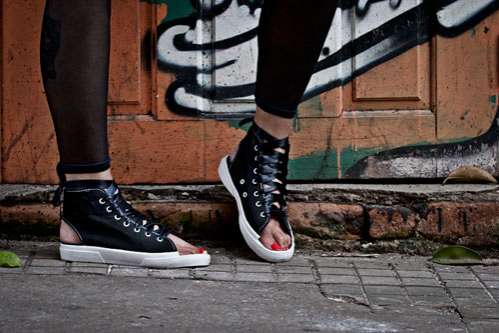 Meghan Young — May 11, 2011 — Fashion
References: behance.net & design-milk
Share on Facebook Share on Twitter Share on LinkedIn Share on Pinterest
I'm sure that there will be many girls (and even some guys) who will want to get their hands on these Gladiadora Boots. It is a customized gladiator-style sandal made out of a pair of Converse All Star sneakers -- and there appears to be only one in existence.

For those of you who want a similar style, Converse did release its own sneaker sandal. Of course, if you are patient, I'm sure we'll eventually see the Gladiadora Boots appear under Muniz's Maria Preta label.
5.3
Score
Popularity
Activity
Freshness
Access Advisory Services