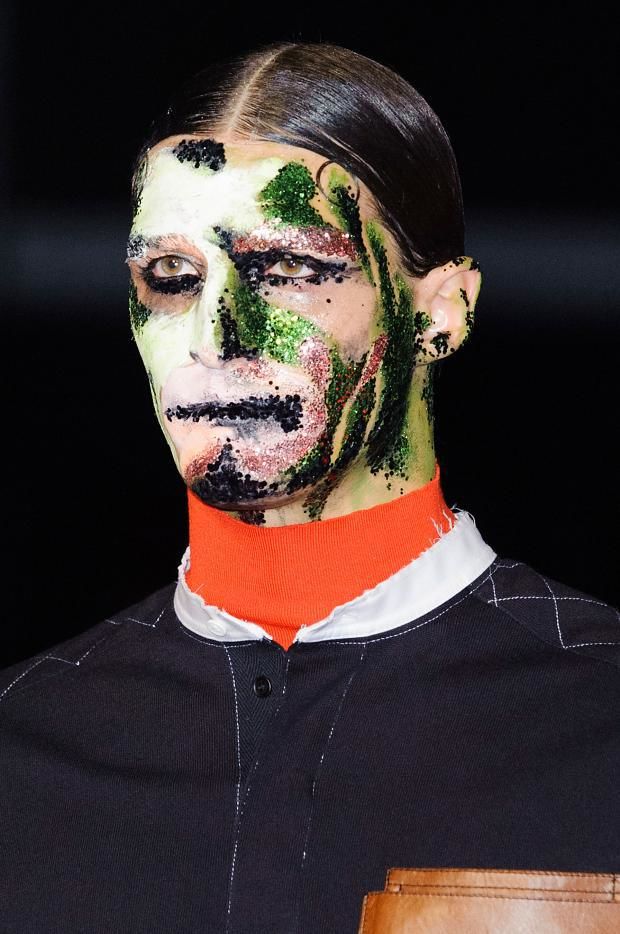 Erin Fox — February 3, 2015 — Fashion
References: givenchy & fashionising
The Givenchy Mens FW15 featured a flock of makeup-clad models. The French menswear show, featuring a handful of female models, showcased a series of scale-like faces down the runway. The recent influx of makeup enhanced menswear shows are exploring the idea of a more artistic direction for male-centric brands. Seeming as if they crawled out of the depths of the ocean, the male models from the Givenchy show seem unphased by their tremendous cosmetic change.