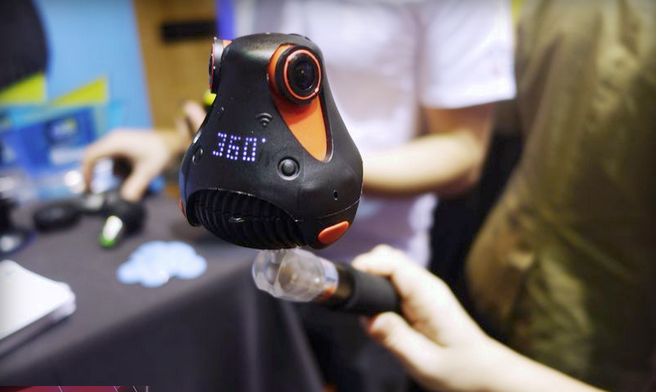 Meghan Young — January 5, 2015 — Tech
References: giroptic & theverge
Share on Facebook Share on Twitter Share on LinkedIn Share on Pinterest
After an insanely successful Kickstarter campaign, which raised $1.4 million, the Giroptic 360cam announced at CES 2015 that it will be the first 360 degree camera to be supported natively by YouTube. This will allow any footage filmed on the Giroptic 360cam to be fully navigable on YouTube, both in the browser and on mobile devices. According to The Verge, "Google will also allow users of its camera to upload videos to Street View, allowing users to fully map locations wherever they go."

A great feature for those who love to share their videos, the Giroptic 360cam is set to rival Go Pro in a big way. Rugged and waterproof, the Giroptic 360cam will be able to attach to a number of accessories, just like the latter. This competition has been long overdue.
1.2
Score
Popularity
Activity
Freshness
Attend Future Festival