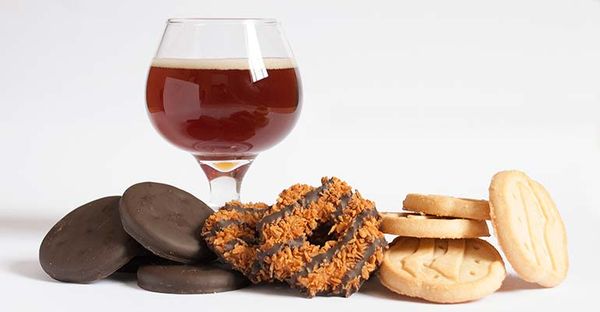 Meghan Young — February 10, 2014 — Lifestyle
References: beerandbrewing & neatorama
Since Girl Guide Cookies are enjoyed by people of all ages, it is not surprising that someone would come up with a few Girl Scout Cookies Beer Pairings. Just because they came from a camp of young girls who simply want to raise money to fund their activities doesn't mean that it has to remain pure and innocent. People can enhance their flavor in a grown up way without coming off as dirtbags.