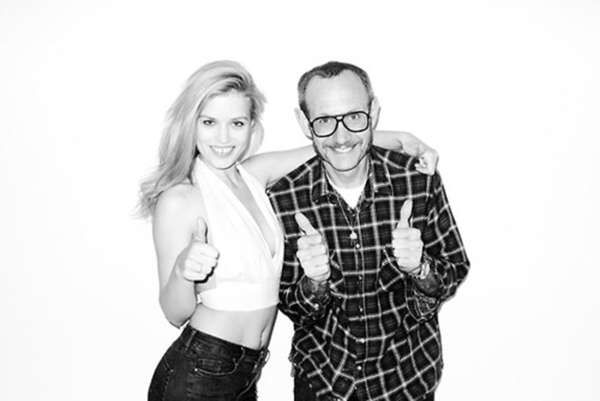 Most famous for her famous rocker Rolling Stones dad Mick Jagger and model mom Jerry Hall, Georgia Jagger has made a name for herself as Rimmel makeup’s latest young model. With her Bridget Bardot blonde locks, striking eyes and famous gap-toothed smile, it is no wonder that Terry Richardson chose to add the hip model to his list of people he’s shot at his private studio.

Shot entirely with black and white film, Georgia poses for Terry in a rebellious leather jacket, plunging white top and lace up Doc Martens. She is both playful and seductive with the camera, tilting her head back and pouting her voluptuous lips. And, of course, Georgia Jagger’s photoshoot wouldn’t be complete without a shot in Terry’s famous square glasses.