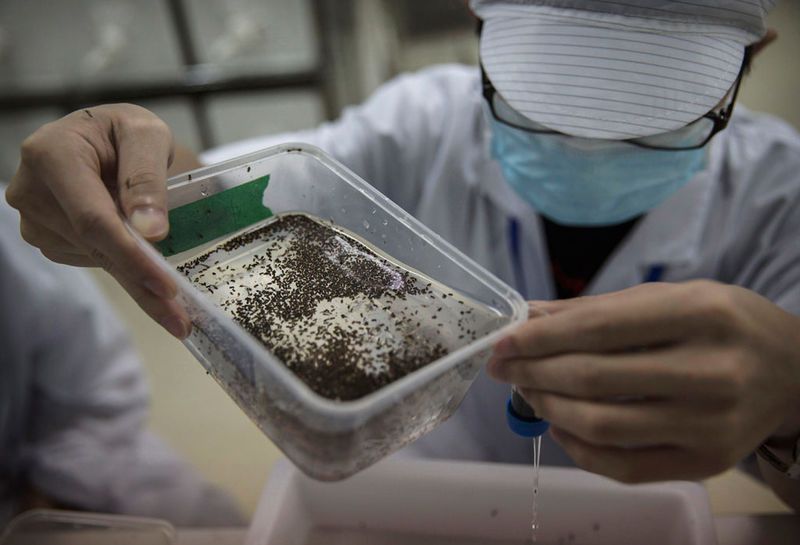 The Mosquitoes Created by This Lab Prevent Egg-Laying

Joey Haar — July 21, 2016 — Tech
References: kevinfrayer.squarespace & wired
Share on Facebook Share on Twitter Share on LinkedIn Share on Pinterest
The cruelest aspect of the mosquito -- the species responsible for the most human deaths due to their ability to spread disease -- is that, as far as biologists understand, they aren't essential to any ecosystem, which is why some scientists are creating genetically engineered mosquitoes that have the potential to sabotage and eradicate their kin.

Scientists at the Center of Vector Control for Tropical Disease in Guangzhou, China, weekly release approximately two million mosquitoes infected with a bacteria called Wolbachia. The genetically engineered mosquitoes (all of which are male) infected with Wolbachia are unable to produce fertile offspring, so when the female mosquitoes lay eggs, the eggs don't hatch. Since mosquitoes have short lifespans, this missed opportunity to procreate can significantly reduce the total mosquito population.
3.1
Score
Popularity
Activity
Freshness
View Innovation Webinars