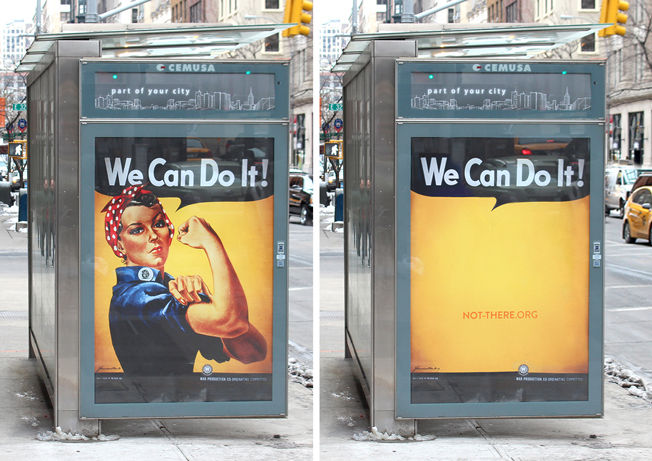 Laura McQuarrie — March 21, 2015 — Marketing
References: not-there.org & adweek
Share on Facebook Share on Twitter Share on LinkedIn Share on Pinterest
Although there are many people in this day and age that would claim we're now at a point where women are as equal as men, this gender equality campaign aims to prove otherwise. In support of International Women's Day, Droga5 created a campaign to emphasize that women "still aren't there."

In order to spread this message in a dramatic way, the agency partnered with major brands like Kate Space, Under Armour, H&M, Diane von Furstenberg, Snapchat and Condé Nast. The stunt involved removing women from the images of advertisements, making them seem totally nonexistent. Posters getting rid of the Mona Lisa and Rosie the Riveter were also included as part of this effort, making it apparent that something is definitely missing when it comes to equality.
5.7
Score
Popularity
Activity
Freshness
Attend Future Festival Virtual