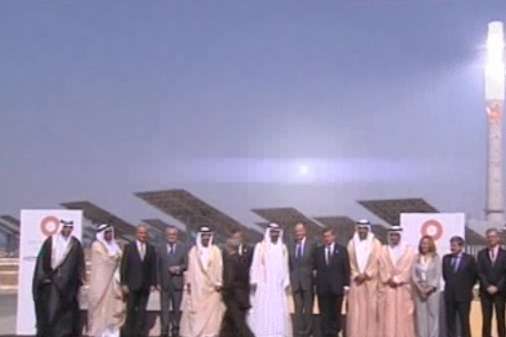 The Gemasolar Solar Plant Works Through the Night

An array of almost 2,600 high-threshold mirrors have been organized in the clearing, all directed at the Gemasolar focal point. The redirected light is used to create superheated liquid salt, which allows the solar plant to operate through southern Andalusia's typical 15 hours of darkness. The installation is the first of its kind in Europe and represents a co-operative business venture betwixt Spain and the United Arab Emirates. With enough harvested solar energy to maintain a city of 100,000, it's no surprise that Gemasolar's inauguration was attended by both Abu Dhabi’s Crown Prince Sheikh Mohammed bin Zayed al Nahyan as well as King Juan Carlos of Spain.
3
Score
Popularity
Activity
Freshness