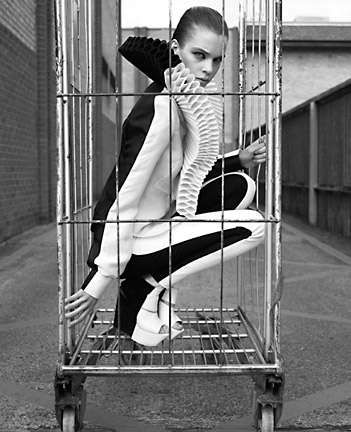 As writer Jerry Stafford aptly describes the new Spring 2009 Pugh collection, “Nothing to wear to the apocalypse? Enter Gareth Pugh.”

While his designs are commercially accessible, one thing is certain, the 27-year-old designer is surely becoming a mainstream name, from his designs being worn by Beyonce at award shows and in her latest video to this magazine feature, Pugh is getting an incredible amount of exposure for an avant-garde designer.
4.8
Score
Popularity
Activity
Freshness
Access Advisory Services