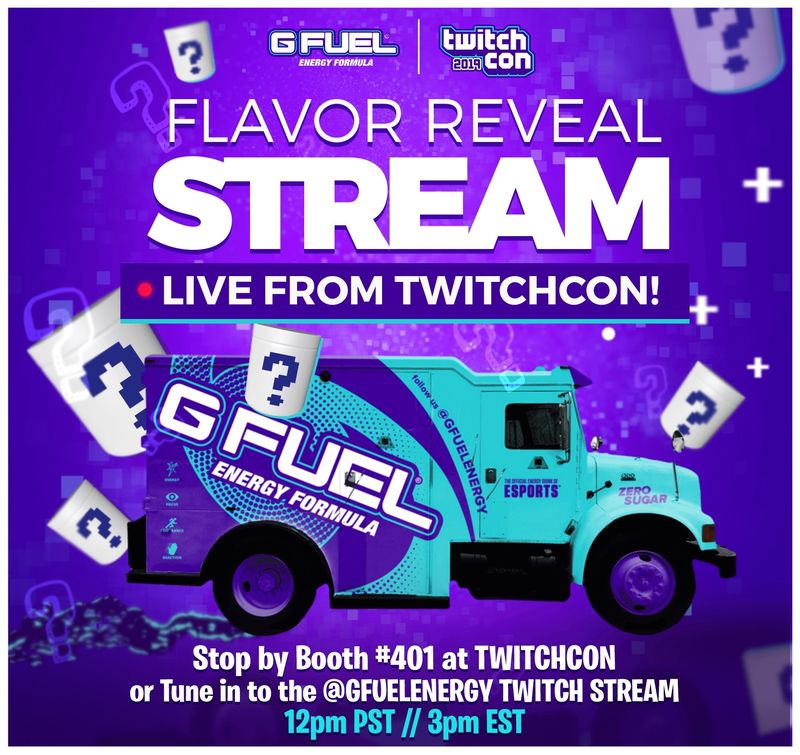 Laura McQuarrie — September 27, 2019 — Lifestyle
References: twitch & prnewswire
G FUEL, the gaming drink that's recognized as The Official Energy Drink of Esports, is revealing an all-new Twitch-inspired flavor at TwitchCon San Diego. As well as being able to see the unveiling live at the G FUEL booth at TwitchCon, members of the eSports, gaming and streaming communities can tune in to G FUEL's Twitch channel.

The flavor will be unveiled from G FUEL's first-ever custom armored truck, which will be stationed right next to the Digital Storm-powered streaming pod. Those who are attending TwitchCon will be able to try samples of the new flavor and purchase special edition collector's boxes, as well as meet professional players, gamers and streamers like members from the FaZe Clan, Lirik and ONE_shot_GURL.
4.3
Score
Popularity
Activity
Freshness