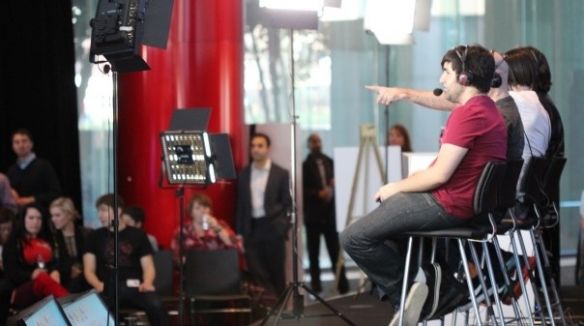 Mishal Omar — August 8, 2016 — Marketing
References: coca-colacompany
In an attempt to reach a new demographic, Coca Cola held a gaming competition between four players that it then live streamed to a larger audience.

The world of online gaming is vast and brings in millions of viewers each day. While people's dedication to watching others play video games is incomprehensible to some, millions of others consider it a hobby. To reach this unique but expansive demographic, Coke Zero hosted a 'Game-a-Thon 1.0' at its headquarters with a live audience and a live stream that was set up to increase viewership. The seven hour event involved games such as Mario Kart and Super Smash Brothers, along with entertaining and witty banter between the competitors.

By targeting a demographic that is enormously influential but largely made up of self-made individuals and their supporters, Coca Cola was able to put its corporatism on pause and become an interactive agent in this marketing scheme.
4
Score
Popularity
Activity
Freshness