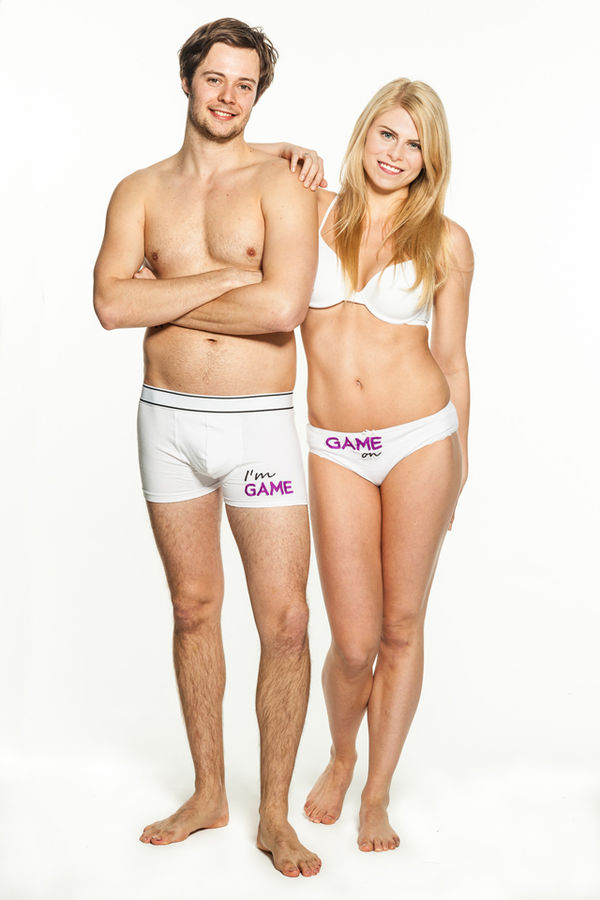 Game UK Humorously Marketed Its His 'n' Hers Underwear

Laura McQuarrie — February 20, 2014 — Fashion
References: game & mcvuk
Share on Facebook Share on Twitter Share on LinkedIn Share on Pinterest
Ahead of Valentine's Day this year, GAME UK put out a limited edition set of his and hers underwear and marketed it quite cleverly. GAME conducted a survey and found that 23% of gamers planned to sneak in time for a "console quickie," or a session of their favorite video game on Feburary 14th.

For a limited time, GAME offered its "pheromone-infused" underwear for guys and girls in its shop, hoping to spark some romance on the holiday. GAME's marketing director Ailsa McKnight describes that "We understand and share our customers’ passion and commitment for gaming but we want to do our bit for harmony on February 14th." Even if the geeky underwear sets aren't really infused with pheromones, they will probably work wonders on their own.

GAME is known for its sense of humor when it comes to the holidays, especially since it launched the equally funny 'Christmas Tinner' last year.
4.6
Score
Popularity
Activity
Freshness
Attend Future Festival