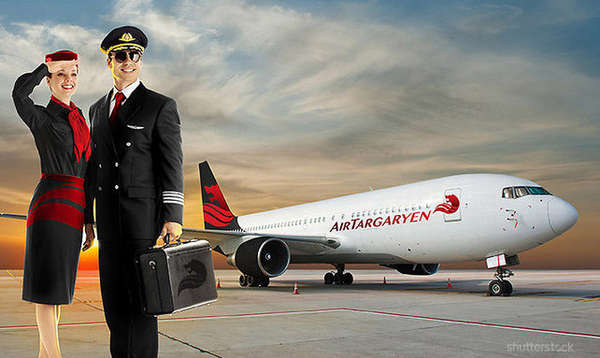 The Game of Brands Series Modernizes 'Game of Thrones' Houses

Meghan Young — May 22, 2013 — Art & Design
References: mondayne & fastcodesign
Share on Facebook Share on Twitter Share on LinkedIn Share on Pinterest
'Game of Thrones' is so heavily prevalent that it has inspired the Game of Brands series. Commissioned by Shutterstock, it revolves around boring and corny royalty-free stock images. Essentially, they have been revamped to portray modern versions of the houses from the hit HBO television show.

Created by Elliott Scott of Mondayne, a studio based in New York City, the Game of Brands series is quite clever. For instance, House Targaryen has been envisioned as an airline, which is only appropriate considering their monopoly on the skies. Of course, planes are not as exciting as dragons. The Lannisters have been portrayed as a ruthless investment banking firm, whose slogan must be, "A Lannister always pays his debt." Of course, the Starks are still associated with winter and snow.
1.5
Score
Popularity
Activity
Freshness
Get Better and Faster