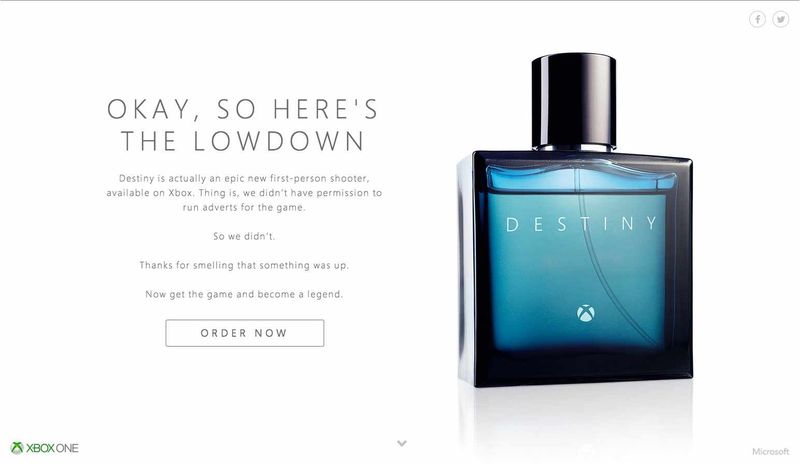 Laura McQuarrie — September 8, 2014 — Tech
References: destinythegame & adsoftheworld
Although the Destiny game is being released for Xbox as well as PlayStation, Microsoft isn't able to put out a game ad for the release of the game for its platform because Sony gave those exclusive rights to Activision. In response, Microsoft put out this fake fragrance ad, promoting 'Destiny.'

The ad notes: "Destiny is actually an epic new first-person shooter, available on Xbox. Thing is, we didn't have permission to run adverts for the game. So we didn't." Rather than making it seem as though the game ad was for Destiny the game for Xbox, Microsoft sneakily made it seem as though gamers could order Destiny the fragrance, succeeding at reminding people that the game is also available on other platforms.
3.2
Score
Popularity
Activity
Freshness