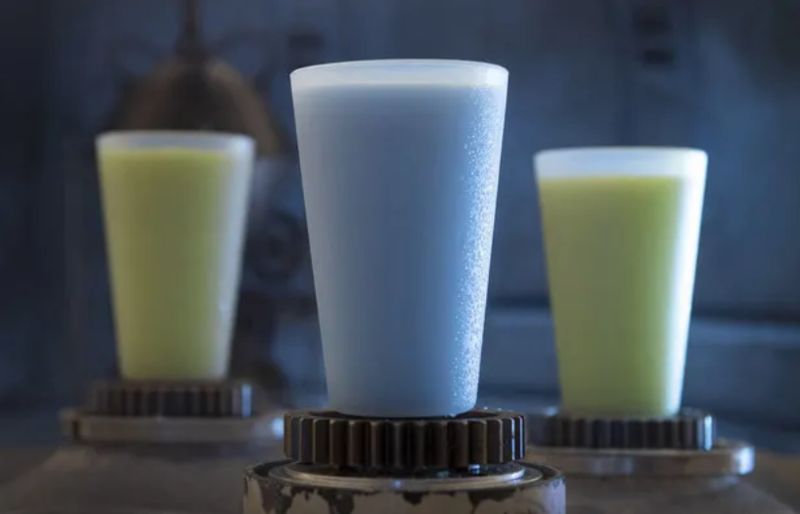 Blue Milk, also known as Bantha milk, is a blue-hued milk drink that first appeared in 'Star Wars: Episode IV A New Hope.' When forced to drink the Blue Milk on set, actor Mark Hamill described it as "ghastly" and explained that he could barely keep it down. However, that is not the case at the Milk Stand at Disneyland's Galaxy's Edge park. At the new Star Wars park, Blue Milk is a frothy, plant-based drink made from a combination of coconut milk and rice milk. The drink boasts a distinctly tropical flavor that makes it perfect for summer.

For those who really want to try it all, the Milk Stand also sells Green Milk, introduced in 'The Last Jedi.'