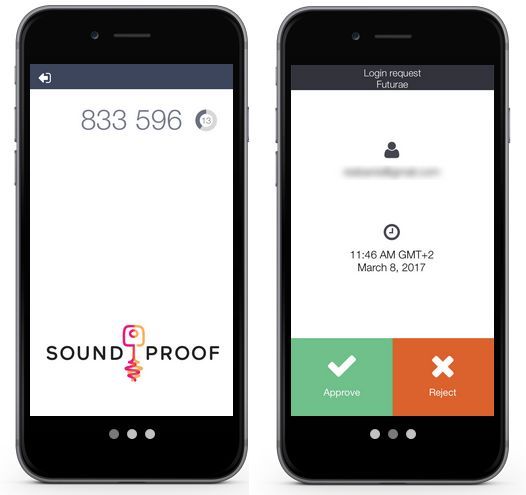 Joey Haar — April 22, 2017 — Tech
References: ethz.ch & techcrunch
Share on Facebook Share on Twitter Share on LinkedIn Share on Pinterest
With an ever growing proliferation of online services available to consumers, secure login systems are more important than ever, and Futurae, a tech company associated with the Swiss Federal Institute of Technology Zurich, has developed both a convenient and secure login system. Titled 'Sound-Proof,' the system is a variation of two-factor authentication that relies on sound rather than numbers.

With typical two-factor authentication, users link their smartphones up to their various accounts when they set those accounts up. If they then sign into that account from a new or unknown device, the app will bar them from access until they enter a code that gets texted to their phone (the theory being that even if a malicious party gained access to someone's password, they'd still need to physically have their smartphone as well.)

Sound-Proof removes the friction from that system. Instead of sending a short code, it automatically records the ambient noise on both the user's smartphone and the login device. If the sounds are substantially similar, it means that the user is in fact in the same place as the login in device, and therefore they must be using that device themselves.
1.1
Score
Popularity
Activity
Freshness
View Innovation Webinars