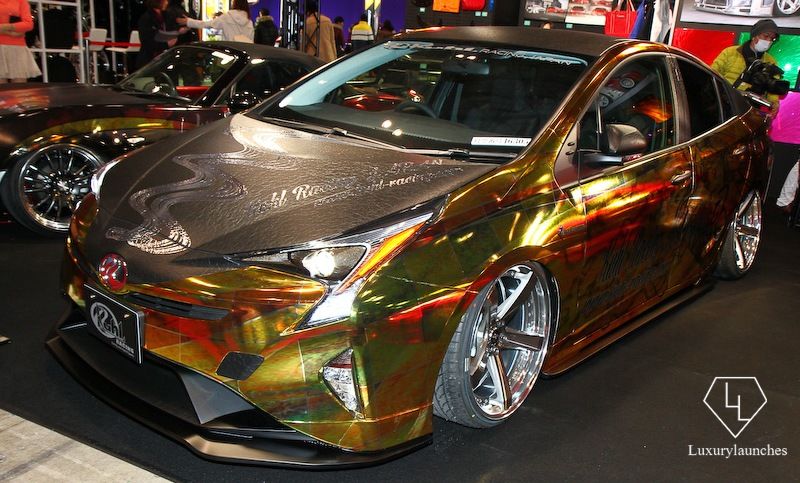 During the 'Tokyo Auto Salon,' this slick Prius was revealed to captivated viewers. With features such as the original front diffuser, a side step, a rear spoiler and a four point body kit, these fuel efficient cars might just be making a new name for themselves. In addition to the accessories, the entire vehicle was complete with a custom chrome finishing, which revealed a shiny golden exterior.

The overall vibe of this flashy car transforms from ordinary and environmentally-conscious to a super sleek ride that would probably be better suited for a scene in the next 'Fast and Furious' film.
5.3
Score
Popularity
Activity
Freshness
Jeremy Gutsche Keynote Speaker