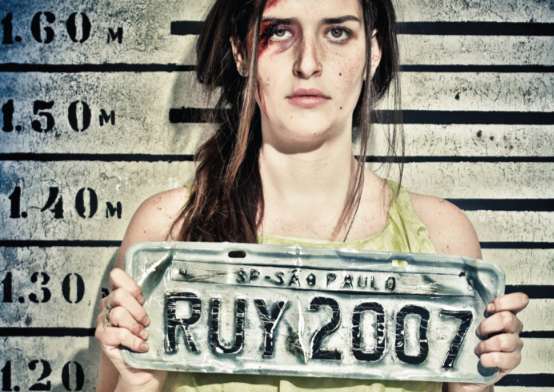 Amelia Roblin — August 14, 2011 — Autos
References: c10propaganda.br & adsoftheworld
Share on Facebook Share on Twitter Share on LinkedIn Share on Pinterest
What do an assassin and a reckless driver have in common? According to this Friendly Traffic campaign, the latter may also be a murderer. In an attempt to raise awareness surrounding the high incidence of automotive related deaths, the Association for Family, Friends and Victims of Traffic Accidents has launched these bloody prints to dissuade dangerous driving.

The Camisa 10 advertising agency of Rio de Janeiro, Brazil, chose to underline the seriousness of citizens' actions with a run of three posters. Three otherwise unthreatening individuals are pictured as if in a criminal lineup, showing evidence of physical trauma and holding their car license plates as number boards. "To kill in traffic is also a crime. Respect the law. Protect life," is scrawled across the bottom of each ad in the Friendly Traffic campaign.
4.7
Score
Popularity
Activity
Freshness
View Innovation Webinars