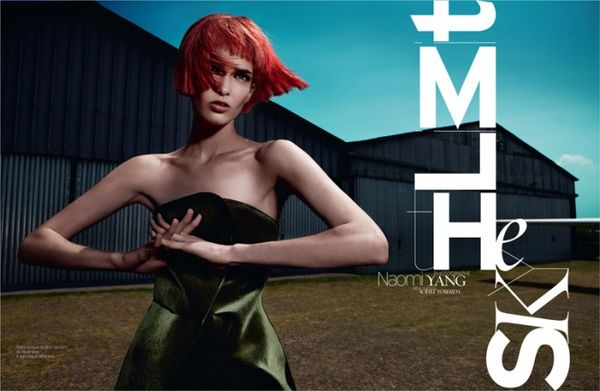 Meghan Young — October 1, 2013 — Fashion
References: frenchrevue & fashiongonerogue
Share on Facebook Share on Twitter Share on LinkedIn Share on Pinterest
There is something slightly eerie and otherworldly about the French Revue de Modes 'The Sky Limit' editorial, as though it was influenced by the late '90s film 'The Faculty.' The film follows a group of teenagers who discover that their teachers are aliens from another planet. In this case, however, model Kristina Salinovic is given that foreign feeling as though she's not quite human.

Set to appear in the October 2013 issue of the magazine, the French Revue de Modes 'The Sky Limit' editorial was shot by Naomi Yang, a photographer based in Paris, France. Captured both on location and in studio, it has a cinematic appeal, which Fashion Gone Rogue elaborates on, "[T]hey feel like stills from a new Hollywood science fiction film." The elegant looks were styled by Sohei Yoshida.
3.9
Score
Popularity
Activity
Freshness
View Innovation Webinars