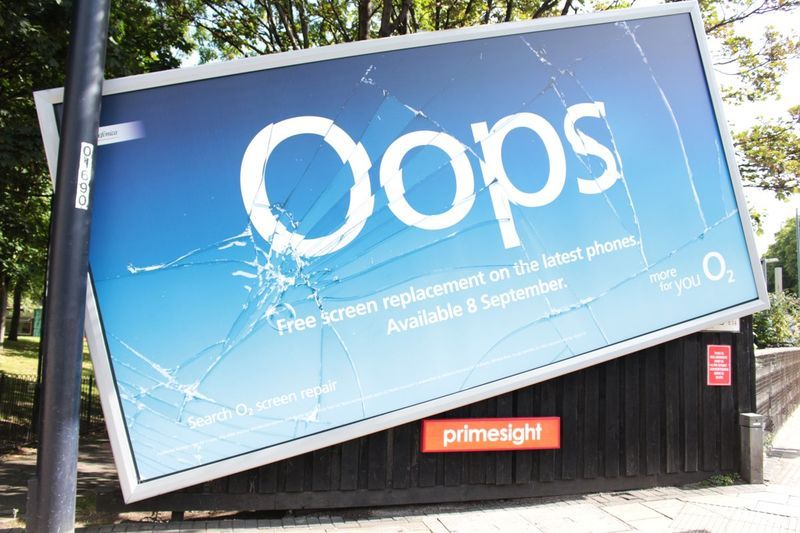 Laura McQuarrie — September 5, 2017 — Tech
References: o2 & prexamples
Share on Facebook Share on Twitter Share on LinkedIn Share on Pinterest
On occasion, advertisements set up in urban areas that are protected by behind glass are shattered by vandals, but O2 took it upon itself to set up a smashed billboard to promote the fact that it offers free screen replacements on the latest phones.

O2 set up the smashed billboard stunt in major destinations in the UK like London and Liverpool and made the scenes of the "accidents" look as authentic as possible. As such, the akilter billboards garnered plenty of attention on social media, with many users choosing to believe that the scenes were not staged. To clarify, O2 has fessed up to the fact that these clever outdoor ads were completely intentional and planned.

As many consumers know just how devastating it can be to drop one's mobile device and have its screen crack, these seemingly broken billboards are sure to catch the eyes of consumers.
5.7
Score
Popularity
Activity
Freshness
Access Advisory Services