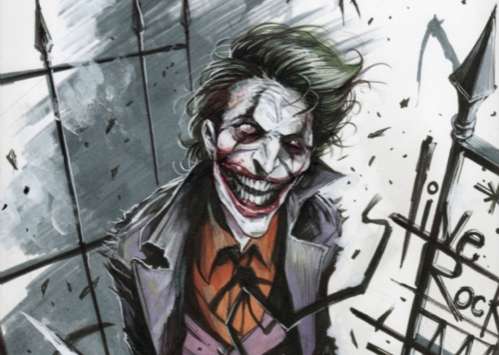 Brandishing a vicious sword in his hand and sporting the same Glascow smile that Ledger had, Mattina’s interpretation was clearly inspired by the Christopher Nolan film. However, Mattina builds on that inspiration by giving his Joker a masochistic expression, smeared eyeliner running vertically on his eyes and a body that’s contorted into an unsettling pose. The manic spirit of Batman’s archnemesis is definitely strongly represented in this jaw-dropping rendering.