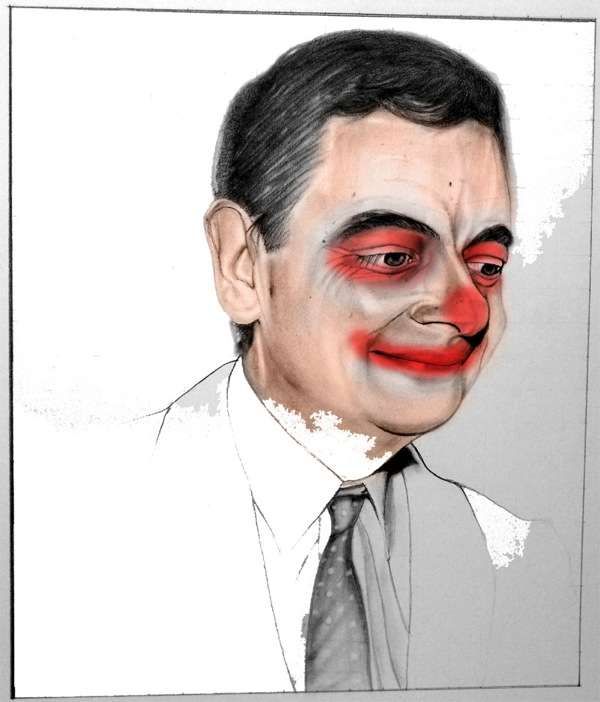 Jason Soy — August 9, 2012 — Pop Culture
References: polveredigrafite.deviantart & blog.thaeger
Share on Facebook Share on Twitter Share on LinkedIn Share on Pinterest
Celebrities have been muses for artists since their existence, so not surprisingly, illustrator Francesco Lorenzetti used familiar famous faces in a series of portrait studies. Unlike others, however, Lorenzetti didn’t opt to render stars as caricatures or in a realistic manner; he chose something in between. Seen here are his portraits of Rowan Atkinson, Alfred Hitchcock, Salvador Dali, Marilyn Manson and Michael C. Hall, all rendered with photorealistic precision except for the fact that they all have clown make-up on. Why he chose to do so is a mystery to me, though a “why so serious?” description for one of his drawings suggests he was inspired by The Dark Knight’s Joker.

As for Francesco Lorenzetti himself, he is a prolific Italian artist who has an uncanny ability to capture human likeness using traditional tools.